I’ve been trawling fashion and trend publications in search of something to give you all in terms of fashion trends and the search has been most fruitful! Everyone likes to stay ahead of the curve where fashion is concerned so I’ll waste no time in sharing 2016’s Fall trend predictions.

Ooh la la, corsetry is going have a little moment this Fall. But perhaps not in the way you’re thinking. We’re going all Victorian with full skirts and heavy boning. Although Balmain and McQueen are keeping it girly with their pastel ingénue creations, this trend is transcending its stereotype and making its way into androgyny and tailoring. We’re cinching the waist in even the most androgynous of styles to create a real symbiosis between masculine and feminine, take notes from Marc Jacobs and CG. 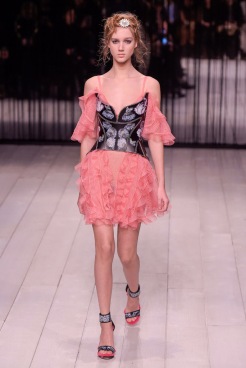 Where has leopard print been?! I’ve been missing the tacky sexiness of this not so popular print It doesn’t feel like it’s had any limelight at all since maybe 2011. Well it’s back in full Cruella Deville meets 90s Shania Twain meets Scary Spice force! But it’s not all sex and glamour – see Dries Van Noten for a masterclass in andorgynous leopard print. Look no further than Christian Dior for lessons in how to do leopard print the classy way.

We played around a hell of a lot with texture last Fall and it seems we’re not ready to let go of all of it just yet. Statement, bright furs are back to keep us warm and remind us of the brightness of the recently deceased summer. Of course faux fur is my preference and the highstreet will likely only be stocking fur of the faux variety but designers such as Hussein Chalayan and Stella McCartney also dabble in the cruelty free stuff primarily so vegans and animal lovers alike need not go cold this Fall. 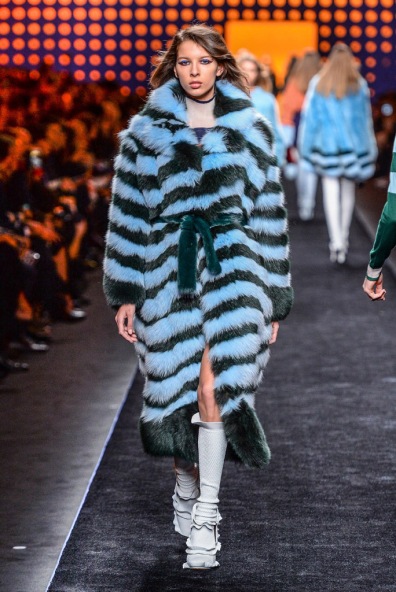 Mixing texture with sparkle, it seems we weren’t quite ready to let the shiny trend of spring go and so we’ve brought it with us right into Fall. Most of us shy away from sequins in fear of it being too garish but the devil is in the detail! While Preen and Michael Kors have opted for a luxurious all over block sequin, you can make a la Versace and wear your sequins in lightening bolts. 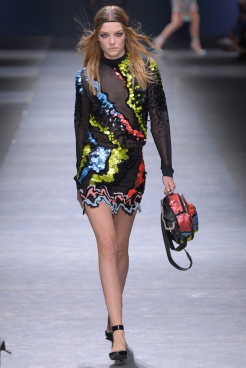 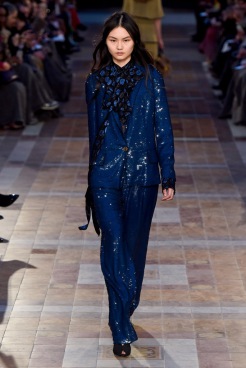 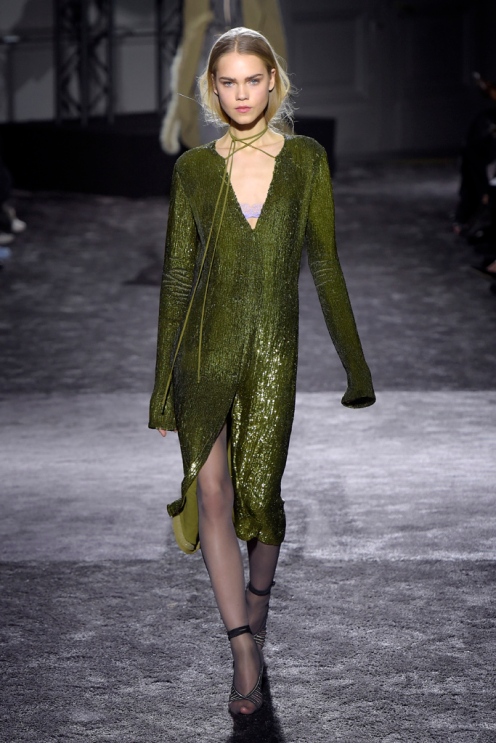 In a strange marriage of 70s Bardot meets 80s party glam comfy, slouchy shoulders out style is everywhere right now. Balenciaga and Dior’s Paris looks are the absolute goal where this trend is concerned. Whether your going for naked shoulders or layering a slouchy coat over a turtle neck, you’ll be riding the trend train this autumn.

One thought on “Fall ’16 Trend Scoop”